We haven't made much of a start with packing. Neither of us has much enthusiasm or energy for the task of moving, again. The joy and excitement of moving into our new place has been tempered with the weariness of a difficult twelve months. Instead we have found lots of things to help distract us, like....

Every second Friday morning I join some fellow gardeners at the Community Garden, we potter around tending the communal spaces and also our own individual plots. This time of the year there is usually plenty of produce up for grabs - the morning's bounty included tomatoes, pears, apples, figs, cucumbers and Jerusalem artichokes. 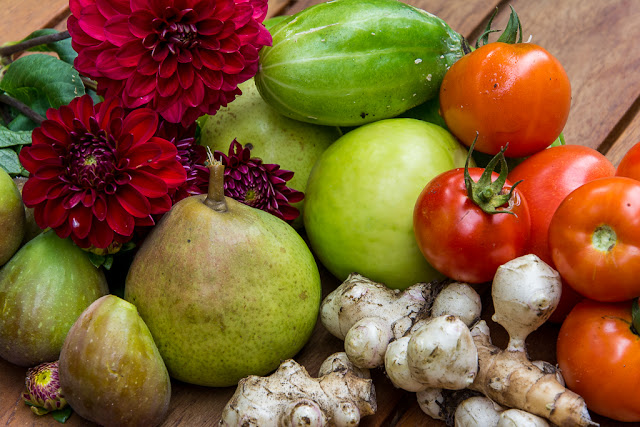 Colin has had his eye on a new board. The old one is pretty dinged up now and he wanted to replace it with a locally made one. He spent a bit of time (actually a lot) at the nearby surf shop and decided on a board made by the local owner. With the sale of the house complete he could afford to make his much awaited purchase.

Our neighbour, along with a few of her awesome mates, decided that swimming from Point Nepean to Point Lonsdale, across the rip and mouth of the bay would be a fun thing to do on a Sunday morning. Support and safety team in place, a few kilometres and a couple of hours later they achieved their goal. The spectators had an anxious moment as mid bay they negotiated a huge tanker heading out to sea. There were joyful celebrations on the beach and a well deserved breakfast at a local cafe to follow. (Colin's iPhone) 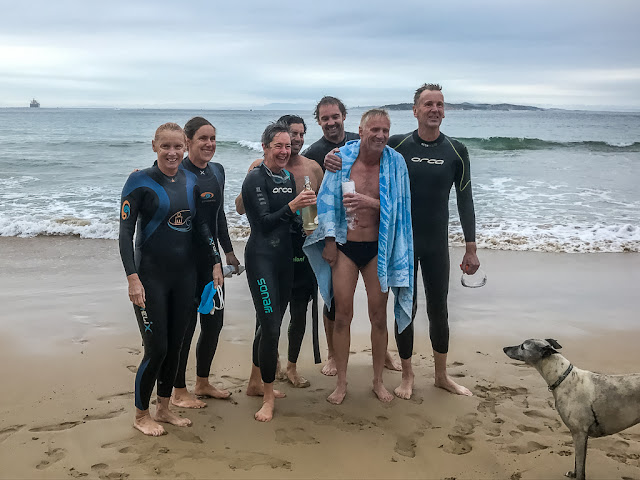 A Sunday afternoon walk and a low tide found us on the opposite side of the Barwon River. As we walked closer to the river's edge there was movement and alas a multitude of crabs. It was the stuff of my nightmares, literally. As a child I found myself in a similar predicament and became hysterical, the memory has not faded. I managed to restrain the screaming but stayed well clear of the little critters, the nausea a reminder of my childhood trauma. (Colin's iPhone) 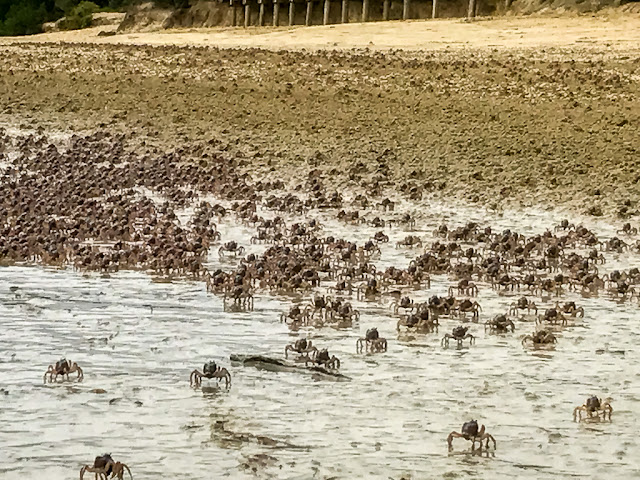 Posted by Maria DiCocco at 13:58 No comments:

If you are out and about as the sun greets a new day, a five minute walk from our front door, this is what you might see.... 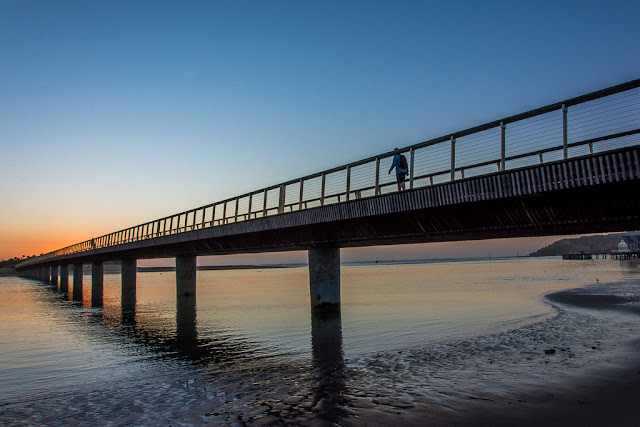 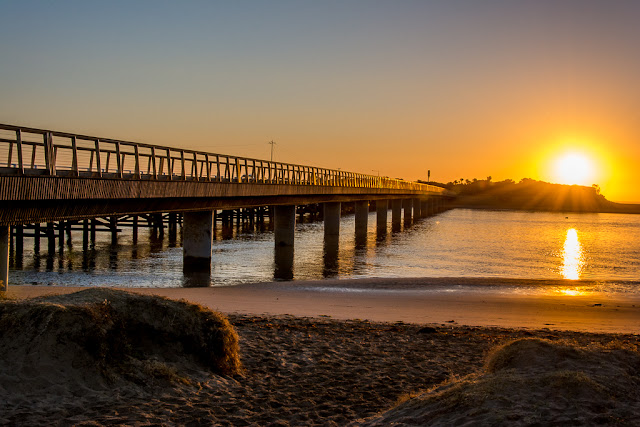 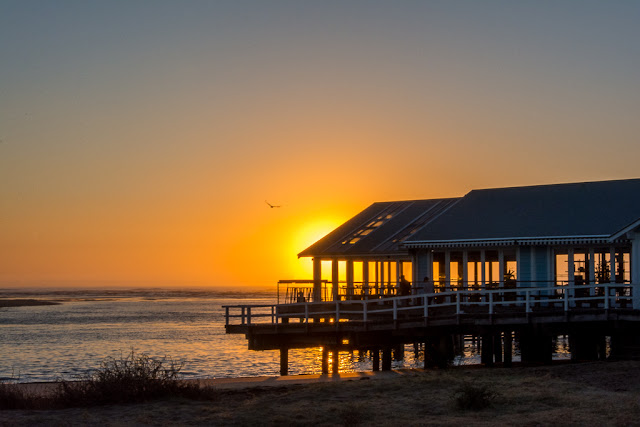 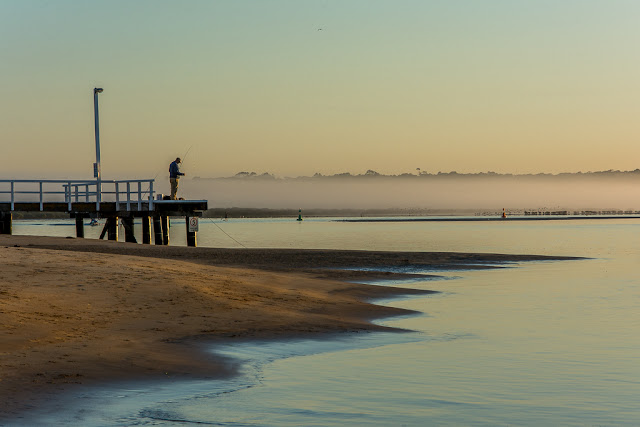 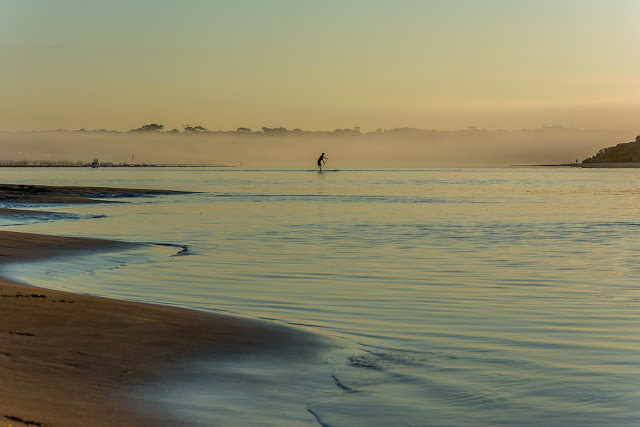 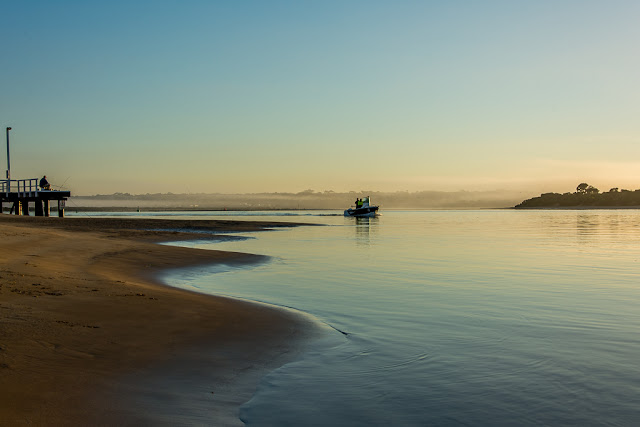 Posted by Maria DiCocco at 16:42 No comments:

Phew, glad to have that over and done with. We received a great offer a couple of days before the auction and were happy to accept. I don't recommend buying before you sell, it is a bit stressful, but it all worked out OK in the end. Now we can turn our attention to moving into our new place in a couple of weeks - another move, more packing and unpacking. This will definitely be it... 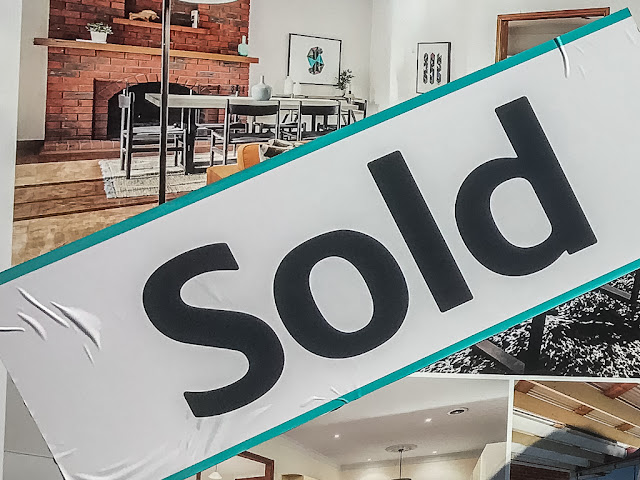 Posted by Maria DiCocco at 15:43 No comments:

We are trying not to think about the looming auction of our family home. A bit of distraction was in order, so a circuit walk in the Brisbane Ranges it was. We left early to avoid walking in the heat of the day. It was pleasant enough to begin with, lots of birds busy about their business. A sprinkle of rain overnight left everything sparkly, especially with the morning sun steaming through. 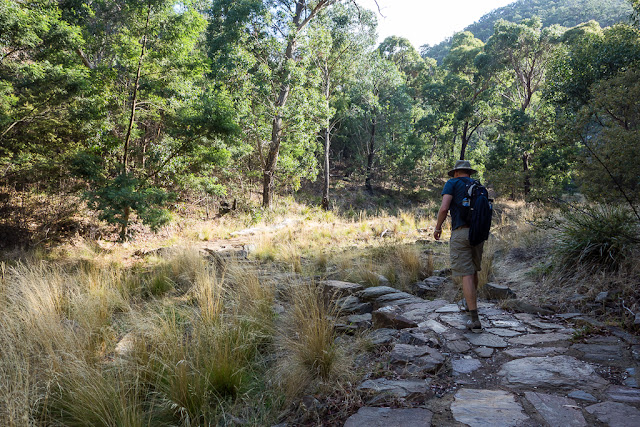 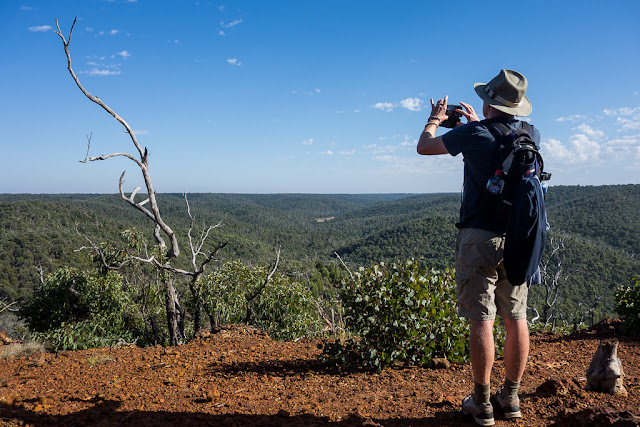 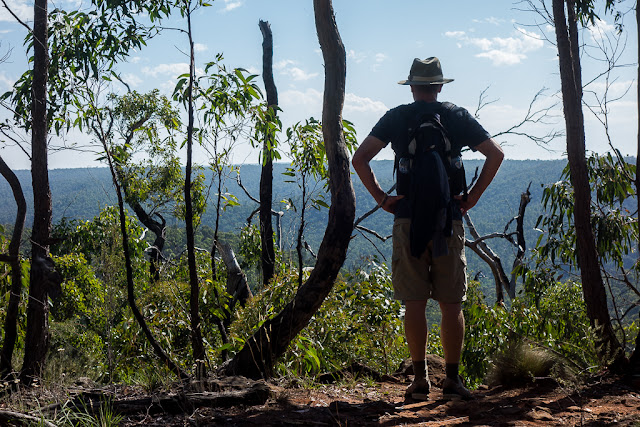 Unfortunately we managed to attract the attention of a very territorial bee. It insisted on harassing us for twenty minutes or so, just when we thought it was safe, back it would come. It is not that much fun walking and swinging your t-shirt around your head fending off an angry bee. I was doubly apprehensive having been stung by one just a few days earlier, the red, swollen and itchy bump on my arm a reminder of the damage they can do.

We must have finally walked out of its territory for it eventually left us alone. Our thoughts turned to morning tea now that we could be still without fear of an attack. It was with great sadness Colin realised that he had forgotten his thermos, his dream of a cup of tea was just that, a dream.

As midday approached and the heat increased and our legs grew weary we were on the home stretch. I reached for my trusty point and shoot and it wasn't in the bag. I asked Colin where he had put it when I gave it to him to hold a while back. He had sat it on a post at a picnic spot and left it behind, another kind of forgetting. It was a couple of kilometres behind us, the end point a kilometre in front. Colin dutifully volunteered to go back and get it while I continued to the end, and he was off in a rush before we thought it through. He didn't have water and we could have driven back to the picnic spot to get it, but he was gone. He added a 4km jog onto the 10km walk. Luckily he rose to the challenge and made short work of the extra kilometres.

Not exactly our best walking experience but a memorable one...

Posted by Maria DiCocco at 16:34 No comments:

This last weekend in Tassie heralded the end - the end of a myriad of things that need to be done when someone dies. The last few months have been filled with decisions and organising and forms and processes. In his last days my father said "when everything finish you get all family together and you go and have big steak, best steak, all together," so that is what we did. Yesterday we gathered all the family in Tasmania for a celebratory lunch. It has been three months since my father's death and last week would have been his 77th birthday. We watched snippets from old videos and saw his image and heard his voice once again, we shared memories and stories and laughed a lot.

And today I find myself back home and a weariness and sadness fills me. I wandered to the communal garden to water my tomato plants and pick the first of my ripened crop. The tomatoes are a link with my father. I will make pasta sauce with these, just like my father would have done... 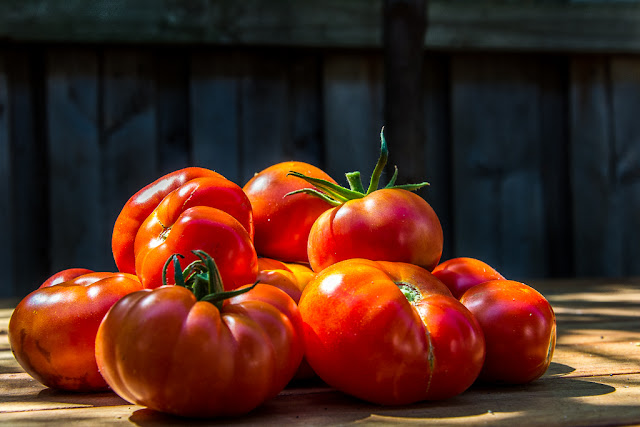 Posted by Maria DiCocco at 15:54 No comments: