Will have to revert to here for now because it is too complicated for me to figure out on my own.

The final day of the Festa of San Nicola. Giuseppina and I caught the last part of mass while the blokes talked with friends outside. The church was full to overflowing and it was standing room only in the back. It was pretty much the same as mass anywhere but in Italian! After the service the large wooden doors were opened and there was a procession through the streets with the figure of San Nicola. It was a silent procession and prayers were said along the way. At the end the band played for a bit and then everyone went home to have a celebratory lunch with family and friends. 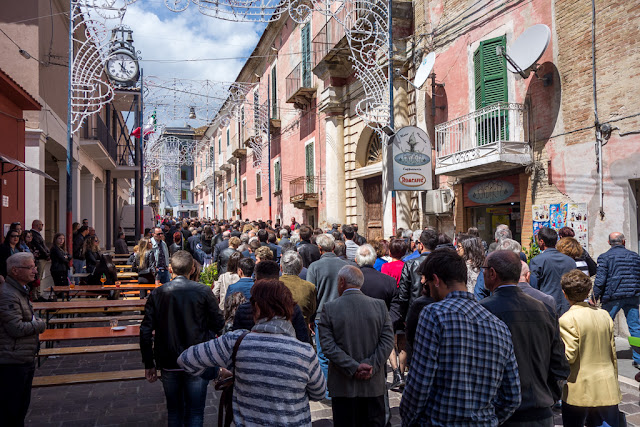 This old bloke was standing outside his fruit and veg 'shop front' watching the procession go by. The strawberries looked amazing. 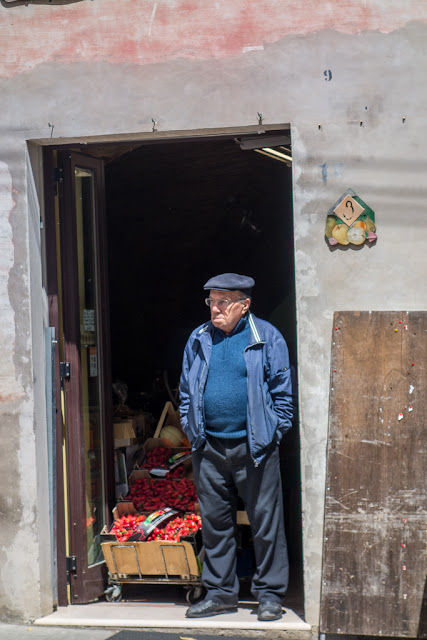 Lunch was a family affair with all Anna's family, Vincenzo, Giuseppina, Peter (from Melbourne) and I. Later on Teresa and Katia dropped in and also Donato, his wife and sister (the guy playing the accordion the other night). Lunch started at about 2pm and morphed into more eating and drinking, we left close to 10pm. Listening and concentrating for such a long time was difficult and down right impossible to understand when they were talking in dialect (their local take on Italian). There was a cake decorated to remember that Peter and I were there on this occasion. I particularly liked my cuddle with Ruggero, all of four weeks old (Pina's new baby). 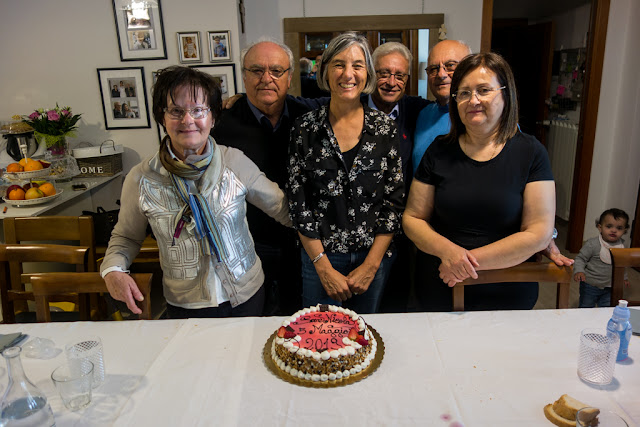