I caught the bus yesterday to L'Aquila, far too early in the morning. I was happy to walk but Vincenzo insisted on taking me. I had a slight moment of panic when the bus stopped on the outskirts of L'Aquila and I wasn't sure if I was supposed to get off or not. The bus doesn't stop at what we would consider a bus station, simply the side of the road or near some shops. I managed to ask the woman sitting beside me if this was the stop for L'Aquila and she said no, I hoped she was right because as the bus continued the sign said to Rome and I was worried I was going to end up there. But soon there were signs for L'Aquila, the next problem was that there were two stops in L'Aquila (the lady beside me kindly explained) and I didn't know which one I was supposed to get off at! Fortunately I recognised Dino when the bus stopped and made a hasty exit. We headed to a cafe for a quick espresso (number 2 for me because I had one with Vincenzo at the bus stop earlier). I soon realised after that two espresso's and not much breakfast when you are not used to it doesn't make you feel great!

Dino took me into the centre of the city to look around. There was a terrible earthquake here in 2009 and then another in 2016. The place reminded me of Christchurch, lots of buildings destroyed and in the process of being rebuilt. Similarly the psyche of the people here is scarred by the trauma they experienced. The earthquake is never far from their thoughts. Unfortunately Italy probably doesn't have the same efficiency of agencies and authorities to oversee the restructuring of the city.

There is still lots of work to be done in the city. So many of the buildings were 100s of years old, many of them Unesco heritage listed. The work is slow and expensive. Many of the people were re-housed and 10 years later are still waiting to return to their homes. Most of the outer ring of the city has had new blocks of apartments built.

L'Aquila has 99 churches and many of them were badly damaged, they are costly and difficult to repair. This is the inside of one of the lucky ones. 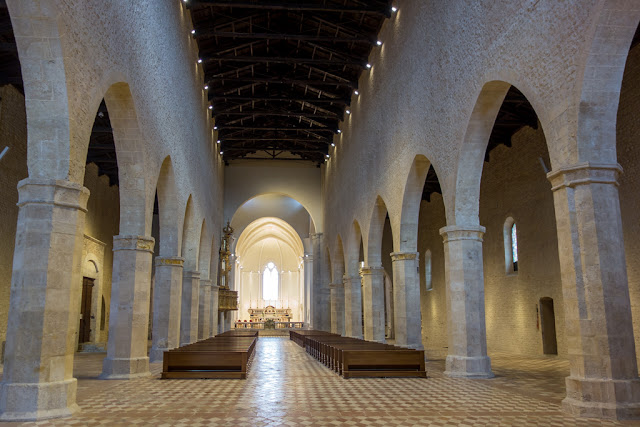 They rebuilt the regional Head Offices (L'Aquila is the capital of Abruzzo). No new modern buildings here, they would look so out of place, this is a replica of the old one. 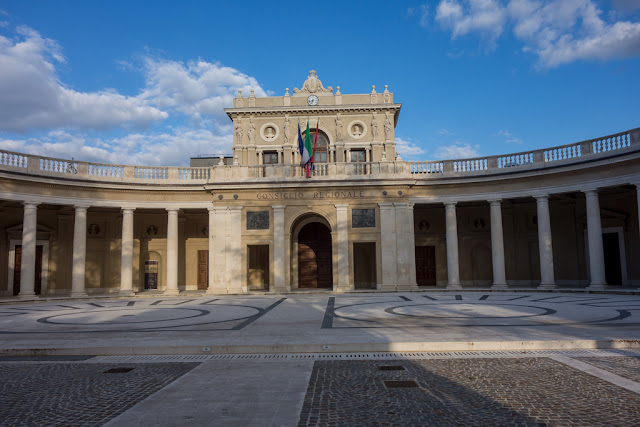 We went on a tour, fortunately for me the guide spoke English, so after the explanation in Italian he came and explained it all to me in English. I felt bad for the other people having to wait around.

This evening we are going out for pizza with one of Dino and Maria Grazia's sons, his wife and daughter.